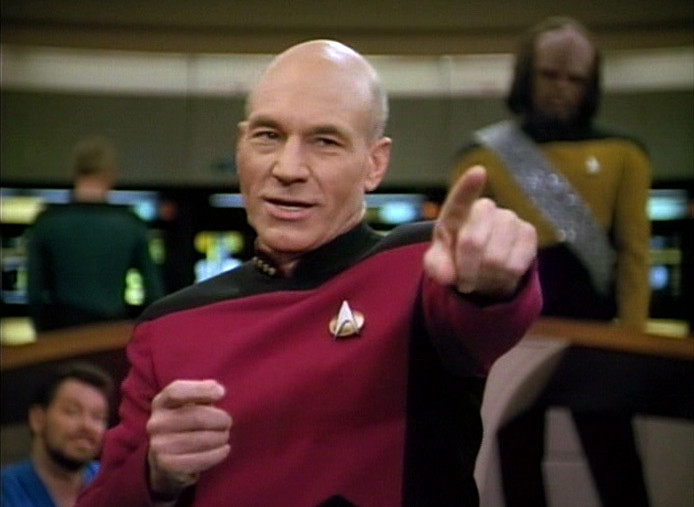 So I watch a lot of Star Trek and am a big fan of the newest series, Discovery. I originally wanted to preform this analysis on those scripts, but as it is early doors it is hard to get a good text database. However, this works out even better as now we get to compare historic series! I always wanted to see how characters interact with one another. Obviously, main characters will have the most opportunity, but all the nuance of how a bridge crew interact are still interesting.

So here it is! A visual representation of conversations between the main characters of each series. A caveat to this is that the database doesn’t have scenes so it is hard to tell how many people are in a conversation from the data itself. So this is an assessment based on the next characters addressed in the script to get a sense of the back and forth conversation.

One of the most striking things is looking at the overwhelming presence of Captain Kirk in the original series. The show was made on a budget and William Shatner was the budget so it makes sense you would want to get the most out of him.

Moving forward a generation, pardon the pun, we see a complete change in the writing of the show were the main character, Captain Picard, is still the most prominent, but we see a larger supporting cast start to carry the burden. Not only that, it is interesting to think that minor characters like Q, Lwaxana and Tasha Yar still feature heavily when they do appear. And (spoilers) Tasha Yar died two thirds of the way into season 1!

For DS9 and Voyager who get a more even split amongst a small group of characters, like Sisko, Kira and Odo in DSP and Janeway, Chakotay, Tores and Paris in Voyager. PS, Voyager is the best series and Janeway is my Captain.

I hope you find this as interesting as I do, both the data, visual and subject.

Still have questions?
Want to @ me for my Captain choice?
Wonder why I didn’t include Star Trek: Enterpise?
Come find me on Instagram or Linkedin to ask!

Star Trek: The Next Generation