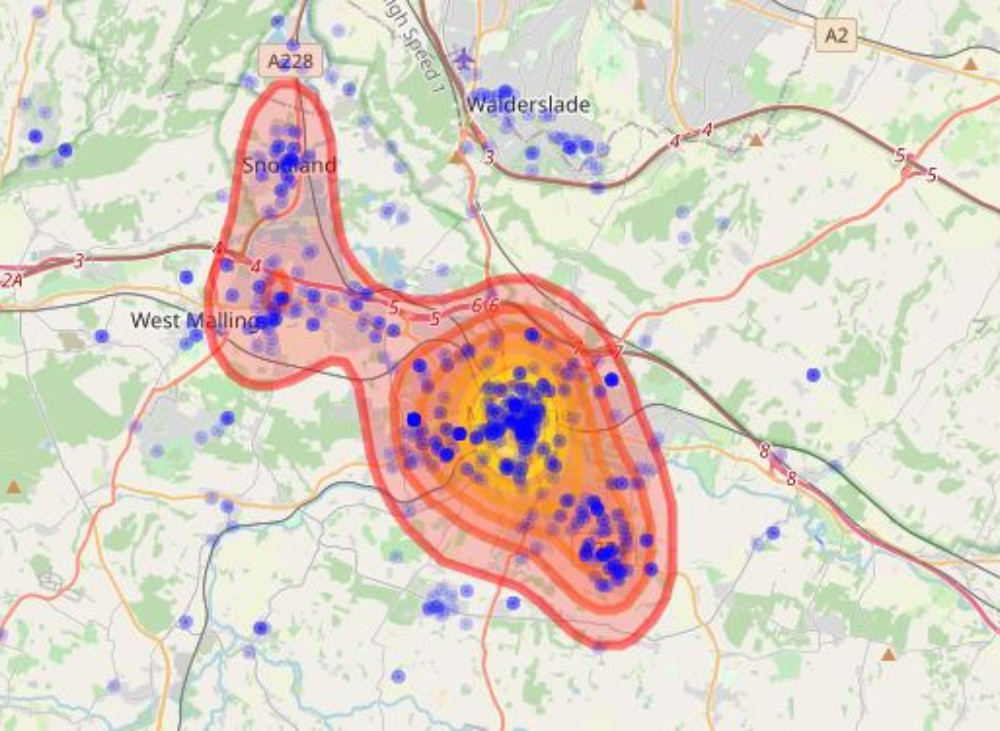 The Kent Crime Hotspot App is a proof of concept, calling publically available data from Police UK and subjecting it to an automatic raster heat map algorithm that displays potential crime density.

To begin, data is called form the Police UK data API, specifying an arbitrary area of North Kent (including parts of Greater London). This data is subject to an anonymization algorithm that disguises the true location of the crime committed, so it might not alwyas be the exact location.

The raster is created by using the R KernelSmooth package. It returns a set of Cartesian coordinates for each point to produce a matrix for density. The kernel method used for this analysis was bivariate normal density.

There is a 90 day delay in data reporting for investigation, safety and administrative reasons.

The two parameters the user can specify are the categories of crime committed and the bandwidth smoothing used in creating a kernel density estimate used for the raster map.